Erysimum ‘Bowles Mauve’ is a short-lived perennial and will usually need replacing after 2-3 years.

Should you deadhead wallflowers. Cut off regularly faded flower spikes throughout the growing season to stimulate more flowers.

Pruning Erysimum ‘Bowles Mauve’ (wallflower). The plant flowers almost all year-round. So may be tricky to prune it. The plant can be pruned back in October. Best to cut off the top growth, but no more than 5cm.

Erysimum ‘Bowles Mauve’ is quite hardy. May suffer foliage damage in cold winters. Protect the plant against frost with a couple of layers of garden fleece or use cloche protection. 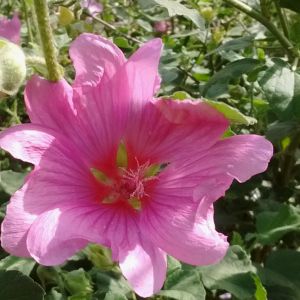