Hakonechloa is a striking ornamental grass, native to Japan. The low-arching foliage looks good alongside a path and at the front of a border. Also suitable for use as ground cover.

It has a fabulous, autumn colour ranging from golden-yellow to orange-yellow. Keep in mind that Hakonechloa is a slow grower.

Hakonechloa macro has fresh, green foliage and produces lime-green flowers in summer. The blades take on a golden-yellow colour in late autumn.

There are also variegated Hakone grasses available. Choice varieties include the white-variegated Hakonechloa macra ‘Albovariegata’ which has pretty, yellow and cream-white foliage with stripes of green.

Hakonechloa macra ‘All Gold’ forms mounds of golden-yellow leaves and is an excellent low ground cover. ‘All Gold’ doesn’t tolerate afternoon sun. It will do best in partial shade.

When and how to prune Hakonechloa (Japanese forest grass or Hakone grass). Cut it down to about 10-20cm above the ground in spring, just before new growth appears.

When and how to divide Hakonechloa. Divide in spring when the soil is starting to warm up. Lift the clump and cut it into smaller pieces with a sturdy knife.

If the clump is too big, split the grass in half with a spade while in the ground and then lift the two parts. Replant the divided parts and water thoroughly.

What grows well with Hakonechloa (Japanese forest grass or Hakone grass). It will look great with a range of partners such as Hosta, Acer palmatum, Epimedium, Ophiopogon. 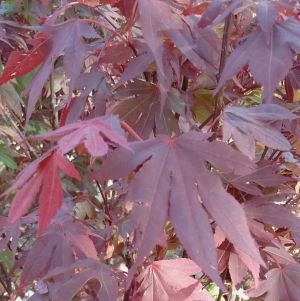