With evergreen grass-like leaves and attractive spikes of violet-purple flowers in late summer, Liriope muscari adds interest to a border all year-round. It’s also an extremely good ground cover that can cope with shade or partial shade.

If planted in a sunny spot, ensure that the soil remains moist.

Or for pure white flowers try Liriope muscari ‘Monroe White’. It grows to about 30cm tall.

How and when to cut back Liriope muscari ( Big blue Lilyturf). If the leaves are exposed to cold winds or severe frosts, they will turn brown.

To maintain the appearance of the plant cut back all of the old and damaged leaves to about 5cm above the ground in spring, just before new growth emerges.

Pruning is not mandatory. If the foliage looks good, don’t prune the plant. Liriope muscari will still produce new leaves and flowers.

Liriope muscari is fully hardy but plants will benefit from a sheltered position as cold winds and frost can damage foliage.

Liriope muscari will look good with a range of partners such as Vinca minor, Bergenia, Ajuga reptans, Japanese anemone, and Euphorbia amygdaloides. 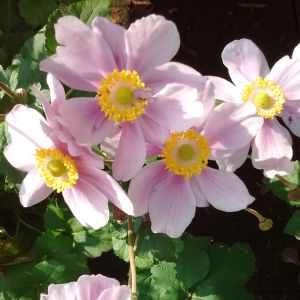